Adrenus Craton has made several appearances so far both on the Love+Water site and blog, and we can’t seem to get enough of her.  Her art spans the globe, and so does she.  Originally from Texas, now living and working in Bulgaria, her work continues to evolve with her drive and passion for life.  Also passionate about giving back, Adrenus has her hands in many charitable projects, including her most recent contribution to the Love+Water designs site, the “Protect Your Dreams” shirt that she designed in the name of Alex’s Lemonade Stand Foundation, now available for purchase.  15% of all profits go directly to Alex’s Lemonade.  Here are some recent pieces from Adrenus’ collections, “Battle of the Soul” and “Golden Bulgaria.”

“Envy”
Battle of the Soul Collection

“Greed”
Battle of the Soul Collection 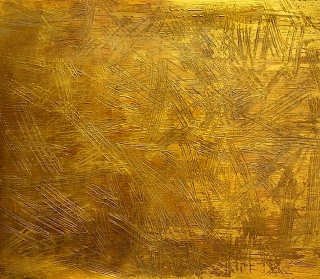 “Pride”
Battle of the Soul Collection

“Patience”
Battle of the Soul Collection 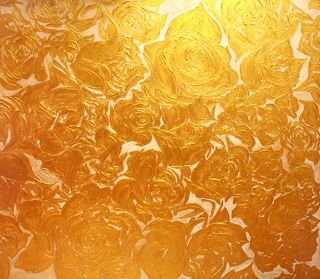 alexis jones, emily greener, i am that girl, texas

Alexis Jones is a Southern Bell from Austin,TX who simply had the desire to start a women’s revolution. And she has. i am that girl is the most amazing and EFFECTIVE company working to empower women around the world simply by creating discussions about the deeper meaning of beauty as a way to empowerment. I spoke with executive director Emily Greener about how the concept for i am that girl was born. Here’s the story:

Love + Water- How did you come up with the concept for i am that girl?
Emily Greener- i am that girl was founded by Alexis Jones who is my friend and business partner.  Alexis went to school at USC and did a play called The Vagina Monologues by Eve Ensler, and always says she was embarrassed and inspired- embarrassed because she always considered herself and educated woman and had no idea about the atrocities going on against women in certain areas of the world, and inspired because Eve Ensler was able to create a form of entertainment that was both entertaining and extremely educational at the same time.  She decided at that point she wanted to do something to empower women.  A few years later she was in a class with Chris Smith, who is the current guru on the influence of pop culture on Generation Y.  She asked him if he would help her strategically launch her company if she was able to get on a reality T.V. show.  He said yes, and sort of brushed her off, knowing her as the girl with “crazy ideas.”  Within weeks she had convinced Mark Burnett why it would be in his best interest to cast her on Survivor two months past the deadline for submissions.  Next, she was on a plane to Micronesia to be a contestant on Survivor.  It was during the writer’s strike, so the show had five times as many viewers as it normally gets.  When she came back she had two months to launch the company before the Survivor finale in New York City where she wanted to announce the launch.

L+W- What is the premise of the company?

EG- The original idea was to launch a company that allowed girls a space to talk openly with each other.  We wanted to make it trendy and sexy and cool, while at the same time educational.  We wanted to talk about beauty on a deeper level, acknowledging that it’s still OK to want to look good, go out on a Friday night and have a great time with our friends and then on Monday morning walk into a board room and make an impact in that regard.  We live in a time where we can do it all now, and we want to embrace that.  We want to be the cool group of girls who accepts everyone.  We can be fierce and feminine, bold and beautiful, and form a new kind of “popular group” that is authentic.  So we started as a social network and blog, which has now evolved into what we are today.

L+W- Can you talk about the amazing work you do today?

EG- We now are a company that does seminars and workshops for women everywhere in order to begin creating a more positive and confident outlook.  Alexis is a motivational speaker, and she speaks to women all over the country.  We are planning to launch an event in 2011 that is a young women’s conference, which we’re calling The Weekender.  We want to have round table pedicures instead of round table panels, where we have conversations with a forward-thinking edge.  We’re tired of the old, lethargic approach to conferences, so we want to make ours fun and inspiring, which is what it should be.

L+W- What age groups do you work with?

EG- It is for women who are on their own, independent and ready to discuss world issues openly.  We normally say 18 and up, because it really is more about the mindset of the woman.  We also have youth workshops for younger women as well.  Also, we welcome men into our conversations, because up until now they haven’t been included in these types of conversations and we feel it is vital to make them a part of it.  They are half of our population and have a large influence over how women view themselves, so we want to hear what they think and talk about it with them.

L+W- You have a unique way of incorporating a celebrity aspect into your work that seems extremely effective.

EG- We try to bring the celebrity aspect into it in order to help exemplify a better, healthier way of thinking about beauty and power.  For example, if Lebron James did a commercial where he said, “hey guys, be nice to your ladies!” the majority of men listening would listen to that.  Similarly, when we bring in female celebrities like Jessica Biel or Bryce Dallas Howard or Kristin Bell who have the physical attributes that every girl wants and talk with them about what gets them out of bed in the morning, we learn they are just like everyone else.  They are motivated by their families, their passions; they also have the same insecurities that most women have as well, and when women can hear this and understand that they are in the same boat, it helps women locate a unity and power that comes from within.

L+W- What is the most moving moment you’ve had so far?

EG- We had a conversation with high school girls at an event we did about rape and sexual violence.  Everyone was very quiet during the actual workshop, and afterwards one girl came up to us and divulged an experience she had with rape.  We walked her through the process of reporting the incident, telling her mom, and witnessing a huge transition in her life as a result.  We often are working on large projects, but it is moments like this that make us realize that the work we’re doing is paying off.  That is what it’s all about.

L+W- Where does the charity aspect come in to play?

L+W- Is there anything else we should know about i am that girl?

EG- We always say that we’re reigniting the Women’s Movement for the 21st Century, which is not to say we don’t appreciate what the original Women’s Movement did for us.  We just acknowledge that it’s not the same fight any longer, and we want to address what is important to women in this day and age.  We get people asking us all the time if we consider ourselves ‘feminists.’  So we did a survey of a large number of women about how they felt about the fundamentals of feminism.  Almost all of them were in line with what feminism stands for, but almost none of them considered themselves ‘feminists.’  So we decided to re-brand the term ‘Bellism.’  It stems from the word bell, which means beauty, as well as our 21st Century revolution and movement for women.  That revolution is about reminding girls that we all stand on the same team, redefining our definition of beauty in that the physical aspect is only a small piece of the whole pie.  We were recently mentioned in the LA Times by Sandy Banks, a pretty staunch feminist, who said, “from one generation to the next, we have your backs, Bellists.”  That was a really cool torch-passing.