Bruno Quinquet spent 20 years as a recording engineer in Paris.  One year he decided to spend a sabbatical year in Japan.  That is when he bought a camera and his passion for photography began.  He eventually entered the Tokyo Visual Arts Photography school and graduated in 2009.  He has been working as a professional photographer since then, although his work can make you believe he has been doing this his entire life.  His passion for his work shines through his undeniable talent and style in a way that makes his photography exciting and unique.  Here is what he had to say about two stunning projects he is working on- Salaryman and 2LDK.
Salaryman Project

Between photography and street photography, this series documents the identity of the average Japanese male office worker, called salaryman.  As a person who never worked in an office I try to show the mystery and poetry hidden in the supposedly boring corporate world.


In Japan, like in my native France, portrait rights have a dissuasive effect on the production of street photography, making publications of candid photography legally risky.  But not revealing the subjects’ identities, the Salaryman Project tries to address this issue. 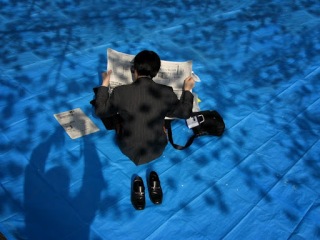 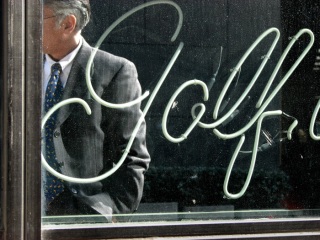 2LDK
(pronounce “nee-L-D-K”)
In Japan, “2LDK” means “apartment with 2 Bedrooms, Living room, Dining room and Kitchen”.
This work started as a photo series of windows taken in Tokyo. I was attracted by the way frosted glass creates a blurry tableau of privacy. Then, I installed these photos into views of my own apartment, creating hybrid Japanese private spaces.
This collage of various elements, which conveys the presence of an invisible resident, can evoke the tradition of still life. 2LDK can also be seen as an introspective space in which suspended, vague memories try to fall into place in the mental map of this resident, an absent-minded photographer.
My lack of proficiency in Japanese urges me to photographically deconstruct and recombine my surroundings, until a visual grammar emerges. To illustrate this aspect, the work is presented by the voices of two computer-generated expatriates, struggling with the terminology of Japanese rooms. 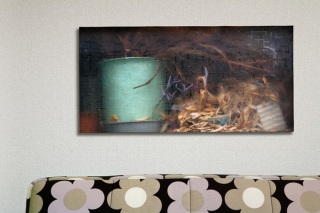