The LAMP, located in New York City, is an amazing non-profit organization that focuses on educating people to become media literate.  They hold workshops and events in all five boroughs to teach children as well as parents, educators and anyone who is interested about the power of manipulation in advertising.  Their programs have already created a cutting-edge response to media powers by having their participants question ads that are extremely powerful.  I talked with founder DC Vito to learn more about this fast-growing organization.


Love+Water- Can you explain the basic concept of The LAMP? 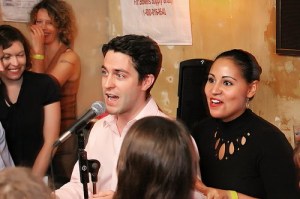 DC Vito- The LAMP is creating a grassroots movement to improve and reform the media.  We provide media literacy services to youth, parents and educators throughout New York City.  These services take the form of workshops or events, and we go into communities to work to create critical, savvy media consumers.  At the end of every program we do, we make sure that everyone understands that all media are constructions.  They are constructed by someone with an intended target audience; for example, when you suddenly feel thirsty and crave Coca Cola, there is a reason for that which has a lot to do with the way the media have taught us to think.  Our goal is to create more media-savvy consumers who will demand a better media product that is more responsible, more geared to their needs and more sustainable.

L+W- What are some of the programs you hold? 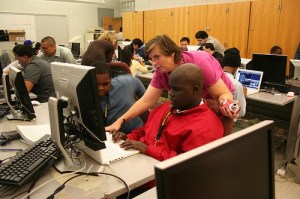 DCV- DCV- LAMP workshops are organized into four tracks: Commercials and Advertising, News and Reporting, Exploring Images and Video, and Digital Living.  A workshop we put out through the Commercials and Advertising track is one we call “Make/Break a Commercial.”  We’ve done this particular workshop for third graders, high schoolers, parents, families, and educators and students combined.  We talk about what makes an ad, and compare that to what makes a Public Service Announcement or a piece of entertainment. We go over the various techniques that ad agencies use to get their message across, including camera angles, the people they use, the words they use and anything else that is used to create the ad.  After this, students experiment with and learn these techniques for themselves by making their own commercials. Another part of the workshop is when students take an existing ad, and insert talk-back statements that questions some of the assertions made in the ad.  Our You Tube channel has a very popular video of a Bratz commercial that has been broken apart by an 11 year-old workshop participant.  She inserted questions in the commercial asking why their dogs are wearing eye shadow and why the 7 year-olds are dressed like teenagers.  We get fantastic comments saying, “please stop- you’re hurting the Bratz.”  We find this in itself fascinating because it shows that their form of advertising is really working on their targeted audience. Another thing that makes this is an interesting exercise is because it’s on the cutting-edge of free speech issues regarding copyrighted material and what is considered fair use.  We’re trying to push to fair-use boundaries as far as possible but also show that this is a very effective tool to use to break down the elements used in advertising. 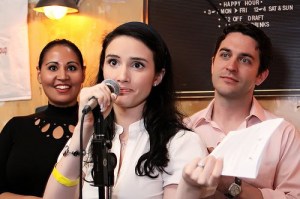 L+W- Is The LAMP located only in NYC?

DCV-  We are in New York City, all of the boroughs.  At the moment, we serve all boroughs of New York City, but when The LAMP started in 2007 our hope was that the organization could eventually expand nationwide.  We’ve explored specifically going to Atlanta and Chicago in the near future, but right now it is not feasible for us.  We’d like to build as much as we can here and then expand.
L+W- What is the most moving moment you’ve had so far?
DCV- There are so many, and I definitely have a list of favorite moments from our events and workshops.  But there is one exercise we do with youth that moves me every time.  We do a workshop called “What’s in the News?” where we break down what truth is within the context of news, and how it can change depending on who is reporting a story and why.  Each participant gets their own reporter’s notebook, and I dress up in some weird costume, break into the class, do something and leave.  The facilitator then ask the students to write down all of what just happened.  The moment that really grabs me is the moment the students read their lists and realize that they’ve each recorded their experience differently.  In that moment most of the students stop and go, “Wow!”  when they realize that no two people tell a story in quite the same way. It’s a huge “wow” moment for me as well.
L+W- Is there anything else people should know about The LAMP?
DCV- We believe strongly that media literacy is a basic need in a society which is saturated with media. What I’ve talked about here is just a sliver of all the work we do to help people become media literate and learn how to respond to their media. At the moment, our culture is experiencing a strange leap into fully grasping the need for media literacy, where hyped-up horror stories about social networking are everywhere, and people looking for jobs realize that they need basic computer skills if they’re going to get hired. At The LAMP, we want people to learn how media function, but also how to use it themselves and think critically about ways that media impact our lives and decisions.
Visit The LAMP
Follow The LAMP on Twitter: @thelampnyc
Go to The LAMP YouTube
See The LAMP Flickr Photo Stream